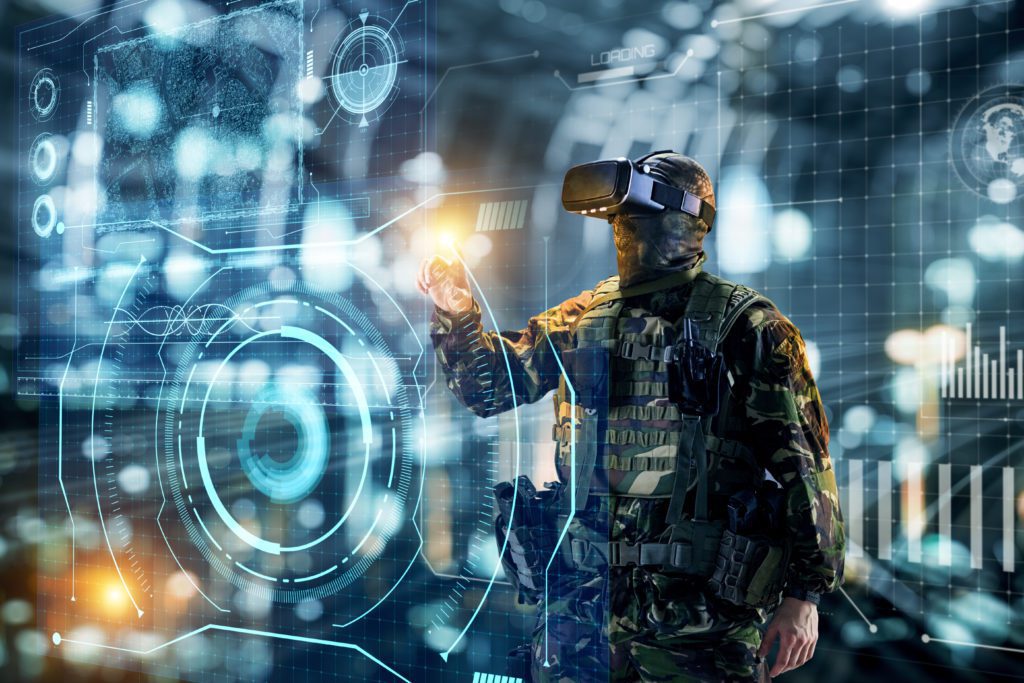 Virtual reality (VR) is a simulated experience that can be similar to or completely different from the real world. Virtual reality applications include entertainment (e.g. video games) and education (e.g. medical or military training). Other distinct types of VR include augmented reality and mixed reality.

VR has been used in a variety of different ways, including

The potential applications of VR are endless, and it is an exciting and growing field.

Why do VR Use in Military training?

One of the most obvious reasons for the military to use VR is for training purposes. It can be used to create realistic simulations of combat situations, allowing soldiers to experience and learn from them without putting themselves in real danger. It can also be used to teach other skills, such as flying a plane or driving a tank.

There are other potential uses for VR in the military as well. For example, it could be used to treat soldiers suffering from PTSD psychologically. It could also be used for intelligence gathering by creating virtual recreations of enemy camps or buildings that can be explored and studied.

The potential uses for VR in the military are many and varied, and we will likely see more and more of it being used in the years to come.

What are the Benefits of using VR in military training?

The use of virtual reality in military training can offer a number of benefits over more traditional methods.

First, VR can provide a more realistic training environment, allowing soldiers to experience combat situations in a safe and controlled setting. This can help to better prepare them for the reality of battle.

Second, VR can be used to train soldiers in a variety of different scenarios, such as urban warfare or dealing with chemical attacks. This helps to ensure that they are prepared for any eventuality.

Third, VR can be used to debrief soldiers after a mission, providing them with a chance to go over what happened and learn from their mistakes. This can help to improve future performance.

Overall, the use of VR in military training can provide a number of advantages and benefits that can help to improve the effectiveness of soldiers in combat. If you want more information, visit Mazer.

5 Examples of Using VR in the Military

The military has been using VR for training simulations for many years now. Here are five examples of how VR is being used in the military today:

1. Flight training simulations: VR is being used to train pilots in both fixed-wing aircraft and helicopters. The use of VR allows for a more realistic training experience, as pilots can be placed in realistic simulated environments.

2. Vehicle training simulations: VR is also being used to train soldiers in the use of various vehicles, from tanks to armored personnel carriers. This allows soldiers to get a feel for how the vehicle handles before stepping foot in one.

3. Combat training simulations: VR is being used to train soldiers in various combat situations. This allows them to experience what it is like to be in a combat zone without ever having to step foot in one.

4. Medical training simulations: VR is used to train medical personnel in various medical procedures. This allows them to get a feel for the procedures before they ever have to perform them on a real patient.

5. Search and rescue simulations: VR is being used to train soldiers in search and rescue operations. This allows them to experience what it is like to search for and rescue people in various environments.